Pakistan Army is the land-based force of the Pakistan Armed Forces. It came into the existence from the British Indian Army that ceased to exist following the partition of India that resulted in the independence of Pakistan on 14 August 1947. They are  invited the Qualified Staff Those Candidates who Fulfill The Required Qualification, Age Experience and All other Requirements which are Published in Jobs Advertisement they can Apply For Following Vacant Positions: 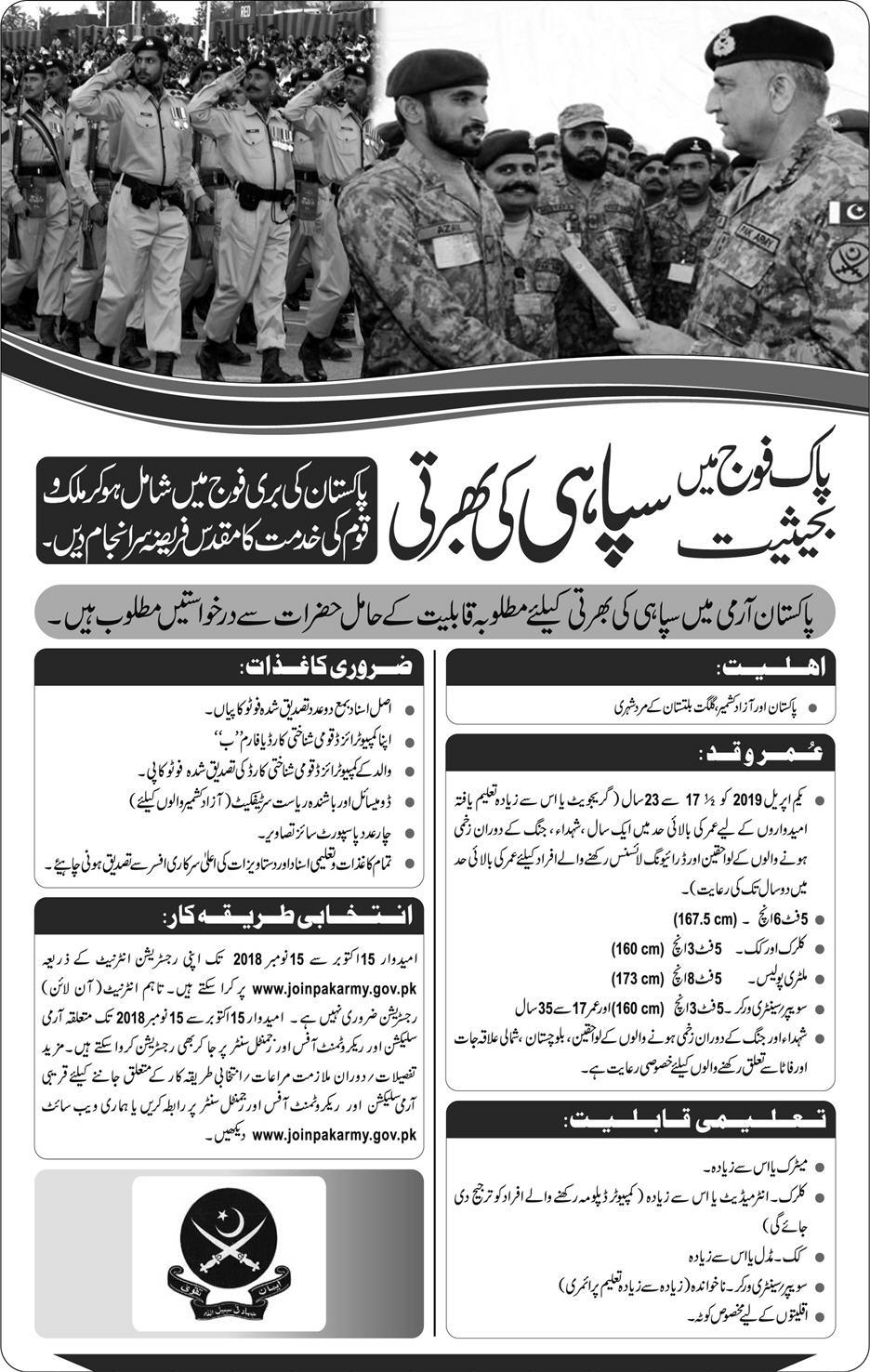